On Sunday, The Times of Israel reported that cargo ships carrying eggs had arrived in Israel to fill the gap left by interrupted imports from Italy and Spain. But we also noted that the shipment might still fall short of the high pre-Passover demand. And short it fell.

While a few regions of Israel had eggs aplenty, many others were left scrounging. The great Passover egg hunt was on. After Opinion and Blogs editor Miriam Herschlag took to Facebook seeking ideas for replacing the egg on her seder plate (eliciting suggestions of a chocolate egg, lentils, rice, caviar, a plastic egg, avocado, a photo of an egg, and 80 more ideas), relief arrived from the friend next door.

On this, the Eggs episode of WhyWhyWhy!, you can hear a chat with Berhanu Yosef, the friend who came to the rescue.

Ed Snitkoff’s Jerusalem eggspedition led him to venture to the heart of Abu Tor, and to discover that egg shortages know no borders.

And Jewish World editor Amanda Borschel Dan got to the supermarket and found out that eggs were not the only item in short supply, eventually ending up with far more than she bargained for.

The WhyWhyWhy! Podcast, hosted by Miriam Herschlag and Noah Efron, is a collaboration between The Times of Israel and TLV1 Podcasts. New story submissions are welcome. If you have a story to tell that you think might be a fit, contact the hosts at story@tlv1.fm 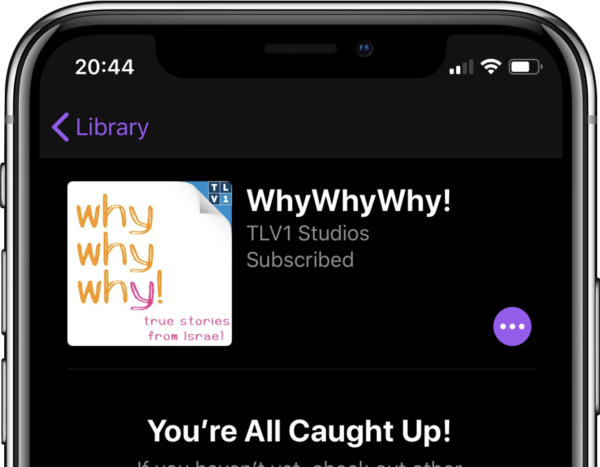