The “If I Divide Thee, O Jerusalem” Edition

Noah, Don, and Times of Israel Ops & Blogs editor Miriam Herschlag discuss three topics of incomparable importance, and end with an anecdote about something in Israel that made them smile this week. If I Divide Thee, O Jerusalem…

A shocking new poll shows that 56 percent of Israelis wish to transfer Arab majority neighborhoods in Jerusalem to the hands of the Palestinian Authority, to let them keep the peace. We discuss its potential political implications. 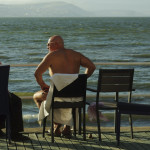 We discuss a proposal to slice Israel up into two states: An enlightened, progressive, leftist, secular state called “Dan” and a benighted, religious state called “Judaea.” Why is this separation so appealing to those on the left? Trapped in the Net: Are social networks killing Israeli politics?

Did the personal computer kill the raucous political rally? We talk about how the internet has changed the face of Israeli politics, and not necessarily for the better.