The “The Times, They are Retracting” Edition

Allison, Don and Noah discuss three topics of incomparable importance and end with an anecdote about something in Israel that made them smile this week.

This episode of The Promised Podcast is made possible by The Dreyfus Affair, Presented by Ensemble for the Romantic Century in Brooklyn, New York. The show runs between April 27 and May 7, 2017 and discounted tickets for TPP listeners can be found by visiting RomanticCentury.org or calling 718-636-4100 with the code 68857. [/infobox] 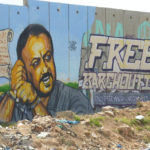 L’Affair Barghouti: The Times, They are Retracting

We discuss the convicted terrorist and likely-future Palestinian President Marwan Barghouti, the hunger strike he’s leading, and the rage over his op-ed in the New York Times. 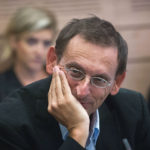 Fighting the Good Fight Against the Bad Global Right

We mull over an analysis by the Israeli left’s most universally-respected leader – Dov Khenin – about how to fight the global right (and Israel’s). 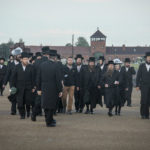 Not Our Holocaust Day

Music Tamar & Netanel, off their album Peace of Mind:

Niggun
The Sun
Once, Early in the Morning
Farewell Song

3 comments on “The “The Times, They are Retracting” Edition”