The “69 Years” Edition, Being a Celebration of Independence

Allison, Noah and Don observe Memorial Day and celebrate Independence Day by discussing three topics of incomparable importance and end with an anecdote about something in Israel that made them smile this week.

This episode of The Promised Podcast is made possible by The Dreyfus Affair, Presented by Ensemble for the Romantic Century in Brooklyn, New York. The show runs between April 27 and May 7, 2017 and discounted tickets for TPP listeners can be found by visiting RomanticCentury.org or calling 718-636-4100 with the code 68857. [/infobox] 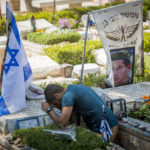 We discuss the complicated place of bereaved families in Israeli political discourse, where they are undisparagable disparagers. 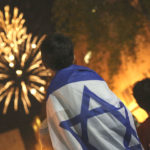 We engage in a thought experiment about what two immigrants to Israel in 1948, a mother from Meknes and a survivor from Prague, would think about Israel today, if they could see it. 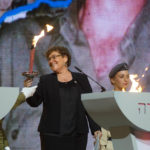 “And To the Glory of the State of Israel!”

We ask who we would choose to light the traditional twelve torches marking the start of Independence Day and symbolizing what is best about this remarkable country.